The shot that A River Runs, Turns, Erases, Replaces (2021) opens with, refers to pandemic-ridden Wuhan. A “necessary” context to begin to describe the Chinese city most mentioned by the news throughout the past year. Sirens sounds, few people in the almost empty streets with masks, while security agents guard the quarantine. But, the intention of the filmmaker Zhu Shengze is not to take a look at this place in response to all the stereotypes and prejudices with xenophobic issues that also circulated in the media and networks. Rather, as the title of the documentary indicates, it is a slow, observational reflection of careful and well-composed frames, like huge postcards, on the materiality of a river, a powerful entity that runs and corrodes everything.

The Yangtze River, which Wuhan sponsors, always seems to be crossing everything, beyond its domains: the bridges of gigantic architecture, the places that it flooded and devastated, the tide that expands its territories, with ships and ferries coming and going, or with its coasts also arranged for enjoyment. And in this sense, Zhu Shengze is interested in this space in order to show an interaction with the inhabitants, who most of the time appear to be part of a great panorama of miniatures, beings immersed in a total landscape. Gigantic scenarios that are born in relation to the Wuhanese people.

Programmed within the Forum section of the 71st edition of the Berlin International Film Festival, A River Runs, Turns, Erases, Replaces manages to contrast the different China that emerges on the same shot, where modern urbanism communes with suburbs that seem to survive to abandonment. And perhaps, there is also the feeling that everything was recorded long before the pandemic, as if it were an elegy from a time before COVID-19, and where excerpts of letters, through texts superimposed on the images, give an account of the state of mind of the filmmaker (or a narrator) with parents, relatives and children closely related to the current climate.

Unlike Present.Perfect. (2019), his previous documentary testimonial work, Zhu Shengze appeals here to detachment, to place the camera in specific places in order to capture the surprises that this type of observational patience offers: burning sparks of welding, in the construction of a bridge that seems falling on ducks playing near the river, or a man bathing in the middle of an immensity that takes the form of an unheard-of baptism. Long shots that require the materiality of the time that passes.

A River Runs, Turns, Erases, Replaces culminates with a song, which as indicated in the credits, by one of Wuhan’s earliest punk bands. This detail of adolescent rebellion seals a film that pays tribute to a city and its river, which captures the invisible of the apparently every day. 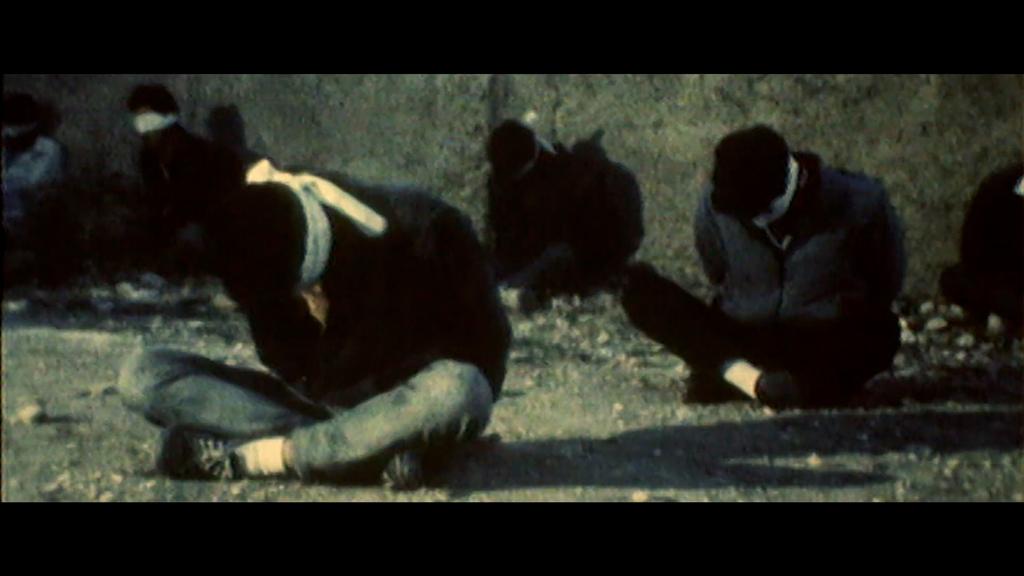 In a very different way, the new work by Israeli filmmaker Avi Mograbi, The First 54 Years – An Abbreviated Manual for Military Occupation (2021) was shown in the Forum section. With a conventional treatment, the filmmaker appears before the cameras as an interlocutor as a pretend researcher who has just published a book on how to successfully occupy disputed territories. The tone that Morabi chooses is very serious, that is, within the usual documentary forms. Someone authorized who describes a military strategy, starting from the attacks on the Gaza Strip over the course of more than half a century. To do this, he uses talking heads to interview various former military personnel, who reveal with their statements and memoirs what is the most effective way to achieve a successful occupation. A method to confirm the mechanisms.

The parodic tone is not on the surface, but instead, Morabi puts together, starting from three great steps and recipes, how to deepen logistics, actions, results in an effective way, just as Israel and its military system have been doing. That is, he appeals to simulation, to imagine a target audience interested and gratified in the role of Israel in all these years. Therefore, it is not a comedy, how could it, with the subject it addresses, but it is an ingenious proposal to capture a very forceful criticism, which is supported by archive material, in infographics and the voice-over of a narrator, who with reflective style, assembles a historical reading.

The coincidence with another film is also interesting, insofar as they both use the same sequence (from a military video record of a military incursion into a Palestinian home). This is The viewing booth (2020) by Ra’anan Alexandrowicz, also seen in Forum last year, and which recovers images of these attacks and military looting, which are questioned in an experiment by a young viewer who believes and trusts in Israeli military policy. The action of distrusting the images, from the side that we could assume as wrong, against the Palestinians, becomes an act of provocation by revealing ironclad ideologies, which the images, however harsh, violent and cruel they may be, cannot dismantle.

In The First 54 Years – An Abbreviated Manual for Military Occupation a place of enunciation appears that seems (or manages to imitate that type of speech) to generate empathy with those who agree with this murderous policy, but it is nothing more than a strategy of fiction to reveal the magnitude of this type of lethal occupations, whose goal is to devastate the towns. 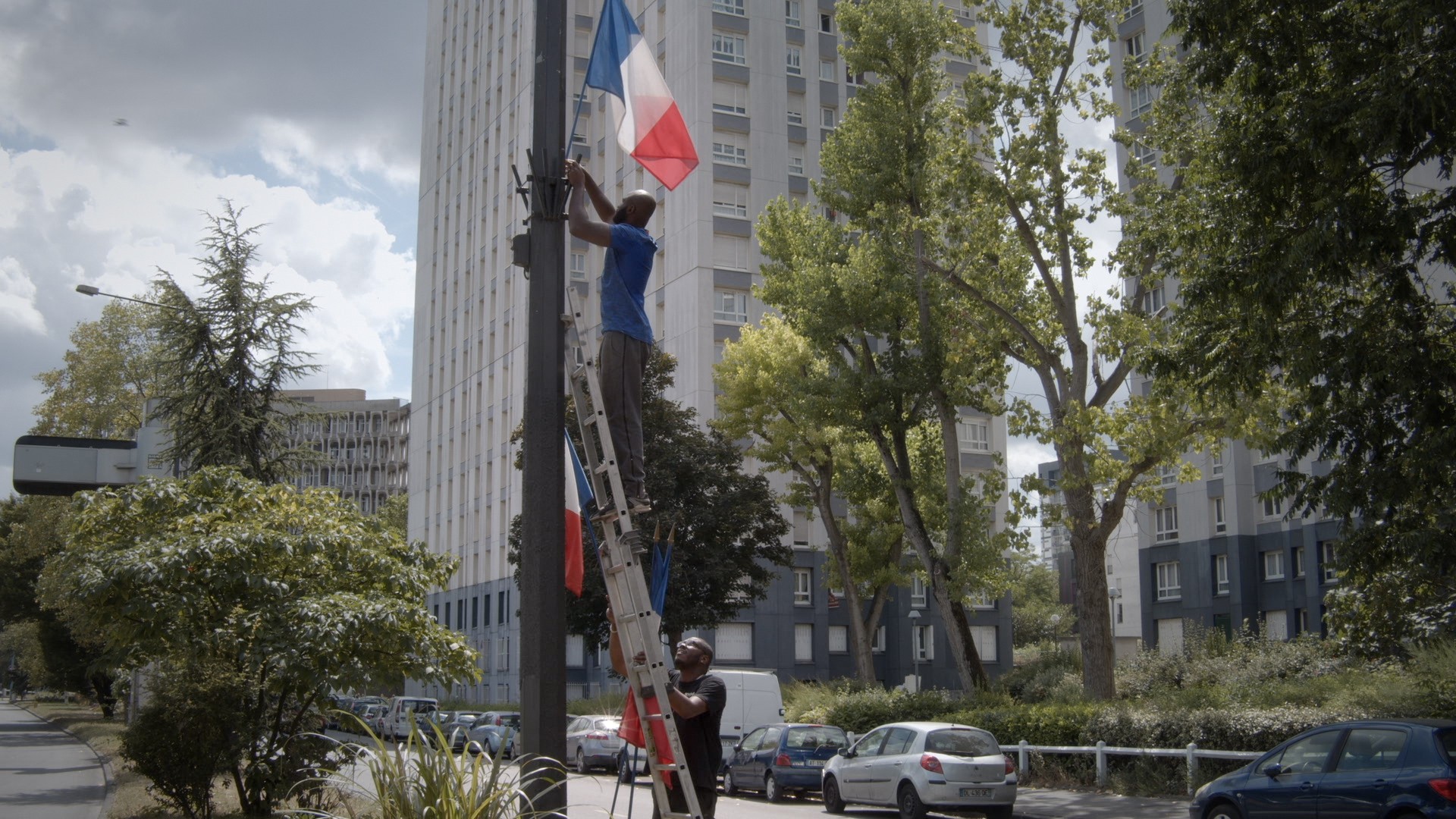 For its part, in We (Nous, 2021) by French filmmaker Alice Diop, we attend the register of various actions by Afro-descendant, migrant or already established characters in the suburbs of Paris, in relation to a center that appears on the scene from various reasons (or institutions, such as the church or museums). The axis of relationship that locates the characters to follow is an interurban train that connects the city with the peripheral neighborhoods, spaces that have become mini-centers of social development and socialization of migrant communities, especially Senegalese, and that usually appear outside of field in diverse representations or constructions of historical memory.

Diop records a group of characters in daily tasks, such as a car mechanic who lives in a van or a nurse who visits various geriatric patients daily, or even herself, who from video footage or herself interviewing a writer, offers her point of view on what she wants to achieve with this reflection: a critique of colonial backwardness and the way in which Africans or Afro-descendants have been relegated from official discourses (or dominant narratives).

What is interesting about We, which appears in the Encounters section of the festival, is in what appears at the beginning and at the end, fictional moments, as a prologue and coda, where white people appear in hunting scenes in some nearby forests. This framework of colonial criticism of the beginning and end of the film, places the most evident documentary device in an interstitial space, between these two worlds or hegemonic discourses. That is to say, the way in which Diop structures his documentary, of the registry of the suburbs tucked between these forests, animals in the sights and hunters, is verifying the way in which other discourses about blackness are buried, and that she symbolically centers, at the end of accounts. A political documentary that she supports her thesis in a non-condescending social criticism.